Is The Smartphone The New Personal Computer Of Choice?

Some would suggest that the majority of consumers will always want to keep their PC, rather than move over to a small and portable smartphone. However, the tide could well be turning as the sale of smartphones surpassed PCs in terms of number of units shipped. 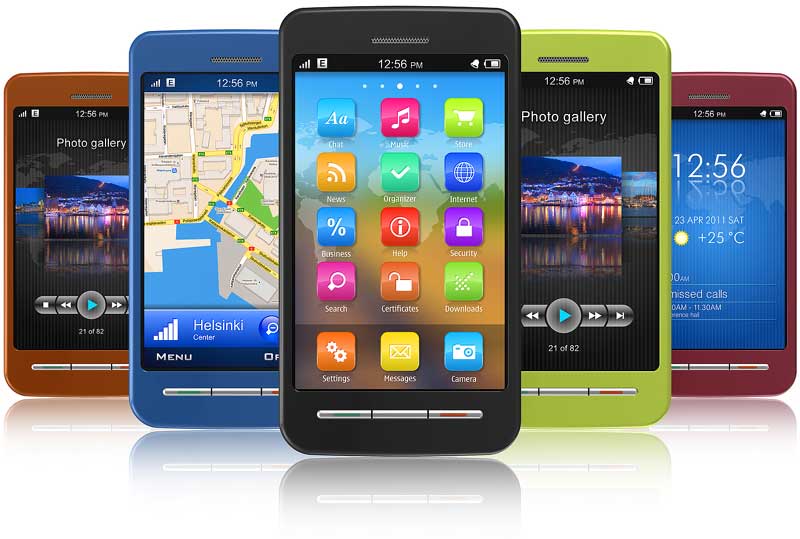 So How Is The Smartphone Killing The PC?

When you think about it, the smartphones we carry around with us everywhere are far more powerful than the desktop computers we dreamed of owning way back in the 1980s. As stated above, they are already outselling PCs and soon they could even replace the need for us to carry wallets or purses too. We keep credit, debit cards and cash in our wallets and as cash is fast becoming something fewer people carry, that narrows it down to the plastic. The cards we use to pay for goods and services are already being made redundant by smartphones with the ability to pay on the spot for many services. In fact, if you go to Japan you would be quite shocked because everything is done on the smartphone there. Everything is smartphone enabled, from parking, taxis, restaurants and even vending machines.

Smartphones allow you to do almost everything a PC can do and they even make calls too! The previous statement may sound like a pathetic attempt at sarcastic humour, but a friend of mine was out shopping and had realised she’d left the oven on at home. In a panicked state she wondered what to do. Her husband was at home, so I suggested she simply call him and ask him to turn it off. I was quite shocked at the response. She used her phone for an almost annoying amount of time every day, emailing, listening to music and using an app for virtually every other aspect of her life, but rarely called anyone from it. In fact, she couldn’t even remember the last time she had used her smartphone to actually make a call.

Smartphones Give a Helping Hand With Your Health

There was an account recently about a chap who was diagnosed with Type 2 diabetes, the chap was given a blood sugar monitor, and a notebook with a pencil. The monitor to test his sugar levels; the notebook to note them down so he could keep his doctor informed.

The chap in question worked in an IT department and didn’t want to use something as low tech as pencil and paper. The best way to go would have been to take the readings and enter them into an Excel spreadsheet on his PC.

Enter his smartphone! You guessed it, there’s an app called Glucose Buddy, designed to take his readings wherever he liked. The data can be uploaded to the internet, so he could access them at any time with graphs and alarms to remind him when to take a reading. The app even gives advice on the person’s diet.

In the first three months of 2010, just under half of all the 45m mobile phones sold in Western Europe were able to browse the web, send and receive email, and run custom written apps. That’s as well as storing contacts and calendars, sending text messages and last but by no means least, making phone calls. In 2010 worldwide, smartphones represented 24% of all mobiles sold. Between January and March of that year the sales up from 15% a year before. It was suggested that the tipping point when they make up 50% may only be a year or so away. It was also suggested that before the end of the decade, every phone sold will be what we’d now call a smartphone. However, by September 2011, nearly half of all cell phone users owned smartphones, according to global research firm Nielsen. About 60 percent of all new devices being sold are also smartphones, so the speed of their uptake is much quicker than predicted.

So the simple fact is this, they’re fast replacing the humble PC that we perhaps wrongly thought was a constant part of our lives.

This may give us a clue as to the thinking behind Microsoft’s $8bn investment, when it bought the Skype internet telephone service, and behind the rumours that Microsoft is going to buy Nokia, the Finnish company that makes the most mobile handsets and smartphones.

Smartphones will keep growing in sales approaching over a billion of total handset sales before too long, whereas the trend of PC sales seems to remain stagnant or have a modest growth, selling around 300 million per year.”

Microsoft has good reason to be concerned about what is happening with mobile, because it knows it is the future, and threatens the corporation’s two PC-based monopolies, Windows and Office, that have earned it billions over the past couple of decades.

So What’s So Good About a Smartphone

The change that smartphones bring is computing power in the palm of our hands or in our pockets. It is internet connectivity almost anywhere on the planet. We can keep them on or about our person all through the day and night; they’re always close at hand!

All the things you can now do with a smartphone would have seemed like science fiction only a decade or so ago. They can easily translate language, take voice input and search the web, recognise a face, show you the quickest way to where you want to go, show you where your friends are in real time, show you where you are on a map, even which way you are facing and navigate you while you drive from place to place.

In essence, a smartphone today would have been the most powerful computer in the world way back in the mid 1980’s.

From the early days, our mobile phone used just to be where we stored our phone contacts, some photos and texts. Now it’s our emails as well, our pictures, music, our Twitter and Facebook accounts, then there’s the apps and games that have been downloaded.

Better Security and Peace of Mind With a Smartphone

Ten years ago, if your phone was stolen, you faced at least a couple of weeks trying to get all your numbers back into your replacement phone’s address book. As for the photos, videos, games and ringtones that had been stored, well they would have been lost forever.

This is no longer the case. Today should your smartphone be stolen, you can simply wipe the phone remotely from a computer, call the mobile carrier and report the phone stolen. Within a day you can pick up a new one and install all your old apps, emails, contacts and photos on it. Within a few hours, you can be back to normal. This is more than you could achieve if your PC was stolen or its hard drive gets fried.

So with the PC market showing early signs of a global slowdown, the computer companies should really sit up and take notice. Smartphones, apps and anything innovative and portable is surely going to replace the PC at some point in the very near future.